69% of businesses want hybrid working to be permanent after making changes in the wake of Covid-19, according to our latest report with the Centre for Economics and Business Research.

And when you look at how increased remote working has benefited organisations (at a time when many would have expected the below numbers to fall), it’s easy to see why…

But there are other reasons for making hybrid working permanent, according to the businesses Cebr surveyed.

That said, it’s not always as simple as just saying “We’re a hybrid working company now.”

There are a number of different challenges you’re going to face depending on the current technological setup, processes and culture across your organisation.

We recently co-hosted a webinar with CIO Watercooler, during which we heard from a whole range of different business decision-makers on how they’re handling hybrid working: the good, the bad, the slowly getting better.

Here are some of the highlights from the session…

1. The office is here to stay, just not as we know it

It seems like the office is not going anywhere, according to the leaders that joined us.

What has changed, however, is the way they use the space.

One attendee talked about how they shut their head office down completely once they realised how well remote teams were performing.

But now they’re talking about opening up a new site just for sales teams.

“They need that slightly competitive culture where they’re all together hitting the phones.”

The attendee added that it’s also helpful to have a physical space for new joiners so they can go and experience the culture first-hand.

“It’s difficult to do that stuff remotely.”

(More on this later).

2. People need a reason to go to the office

When the government was calling on people to head back to the office last year, the narrative was built around an assumption that people should go back to the way things were once they could.

But now it seems like ‘the way things were’ is never coming back for most.

Why? Because many people have realised they can do their job more efficiently at home and therefore don’t see the value in returning to the office.

One attendee suggested the focus should be on giving people what they can’t get remotely, i.e. face-to-face time, social interaction and those deeper, less structured conversations.

“You’ve got to make it somewhere people want to come. At home you focus on tasks you can do by yourself, undisturbed. When you come to the office you do things with other people: workshops, strategy meetings, gathering round a whiteboard together. Or just a social catch-up with a colleague.

It’s about creating more of these spaces for people.”

3. Policies aren’t exciting but they matter

Hybrid working is like any other part of your workplace culture: it doesn’t just happen by accident.

One of the key points that came out of the discussion was the need for clear and properly communicated hybrid working policies.

A few of the attendees said they’ve put in policies around the number of days they expect people to spend in the office each week, while others have focused on it more from a role perspective.

“Certain roles can be done more efficiently from home,” one attendee said. “And vice versa.”

Regardless, employees need to know what is expected of them and where they stand so they can plan life accordingly.

And on that note…

Yes, one of the big accidental discoveries of the pandemic has been that the office can actually be a productivity killer. Many already suspected this, of course, but now it’s been proved without a doubt.

It’s about pinpointing which specific tasks are best done remotely and which should be done in a face-to-face setting. These of course differ by role and organisation.

One attendee talked about the hybrid approach they’ve taken with projects.

“When we’re doing training or discovery sessions we find it works better remotely. Everyone can see the screen, they’re all focussed on the right things.

But when we get into workshops where we’re talking about business change or commercial offerings, for example, it works much better when we have people round a table.

So we do a blend of both for every project. Everything is done on a case-by-case basis depending on what we want to achieve.”

5. Culture is hard to recreate virtually

Remote working therefore raises several challenges when it comes to cultivating a strong company culture and making everyone feel part of it.

One attendee worried that their company culture could be ‘watered down’.

“When people haven’t stepped inside the building for two years, how can they really feel the culture of the organisation? It’s a big concern for us.”

“We need to think about how our culture works in this modern hybrid working world. But it’s hard when our culture is based on a hundred years of heritage and face-to-face interaction.”

“I worry most about new starters,” another attendee added. “How do you embed them in the culture now? It’s probably our most challenging area.”

These themes all point to the need to be intentional about creating the right culture in the new hybrid world and foster a sense of belonging.

One thing everyone has been lacking in the last two years is the ability to have those long and meaningful conversations with their colleagues.

When a video call ends, that’s it. You spoke about the things you had to in the meeting, maybe even made a bit of small talk. But once the meeting is over you’re all alone again.

Catching up with colleagues informally and growing your network over video takes more effort.

One attendee talked about how they’re trying to bring back those social interactions that happen outside of everyday work.

“We have a whole company meeting every couple of weeks just to chat and share good news. And we encourage everyone to have their video on.

But it’s no substitute for the real thing. So whenever we’re in the office we try to go for lunch or even a drink after work. It’s a whole different level of conversation that you don’t get on a video call.”

Another attendee suggested social events can give people a reason to come to the office.

“We’ve started doing things like our running club. When something’s happening at the office it gives people more drive to go there. It’s helping to bring our culture back to life.”

7. Hybrid meetings can get messy

One challenge that almost all attendees agreed on was how difficult it is to make hybrid meeting run smoothly.

When you’ve got a group of people round the table in the room and a few people dialling in remotely from separate locations, it can cause problems. And while technology can help, it’s not enough on its own.

“It’s a big issue for us,” one attendee explained. “The meeting tends to swing in favour of the majority that are in the room.”

Another attendee suggested the problem is largely down to the different way people interact when they’re meeting in physical groups.

“Discussions often become unmoderated, with more than one person speaking and people talking across the table at each other in quite an animated way. It’s very hard for remote participants to be part of those ad-hoc discussions.”

That same attendee also talked about how those dialling in remotely miss out on all the conversations that happen directly before and after the meeting.

One attendee said the situation has sometimes been so challenging that they’ve got everyone to dial in through Teams from their desks.

“Sometimes it’s just easier,” they said. “But it seems self-defeating.”

8. Tech can help with hybrid meetings but etiquette matters just as much

While many of the attendees agreed that they need to update their workplace technology to better accommodate hybrid meetings, even the ones with more advanced tools said meeting process and etiquette plays an equally important role.

One attendee discussed how they’ve changed the formation of meetings rooms and the positioning of the screens to make things feel more inclusive for remote participants.

“We only put people on one side of the table, with the screen on the other side. This encourages more collaboration with people dialling in remotely and it also helps reduce those cross-table conversations.”

Another attendee has taken a similar approach.

“We’ve arranged all our meeting rooms with a big screen at one end. So everyone in the room is sitting around the table, facing the same direction, looking at the screen.”

9. It’s all a learning process (and most companies still have a long way to go)

It’s always worth reminding ourselves that this is all still very new territory. And while some organisations have been hybrid working for many years, until March 2020 the idea of mass remote working was still a pipe dream for most.

Employers and employees alike are still finding their feet, learning what works and what doesn’t. And this period of adjustment will continue for many months and years to come.

One attendee summarised this perfectly.

“It all comes down to experience. Presenting virtually, for example, is a learned skill.

But this is also a cultural issue. As an employer you have to constantly encourage the right behaviours and call things out when they don’t go the right way.”

Ready to seize your new everyday?

For many organisations like yours, lockdown was a matter of survival.

Now, as the UK begins to heal, it’s not about surviving anymore.

That means adopting the tools you need to empower your people in the world beyond Covid-19. And making sure you have the connectivity to support them.

Want to know how? 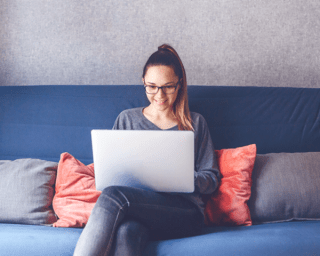 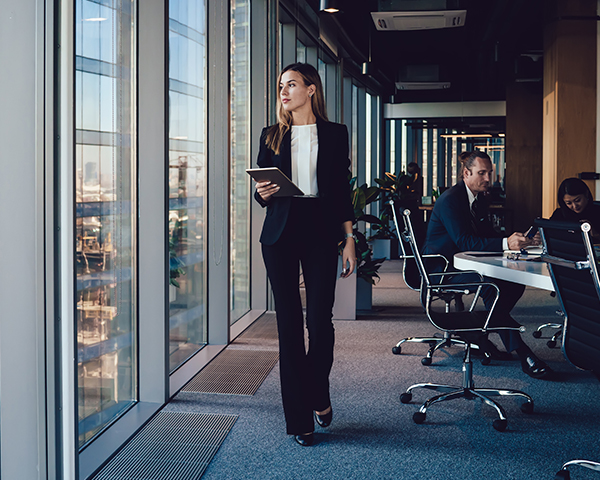 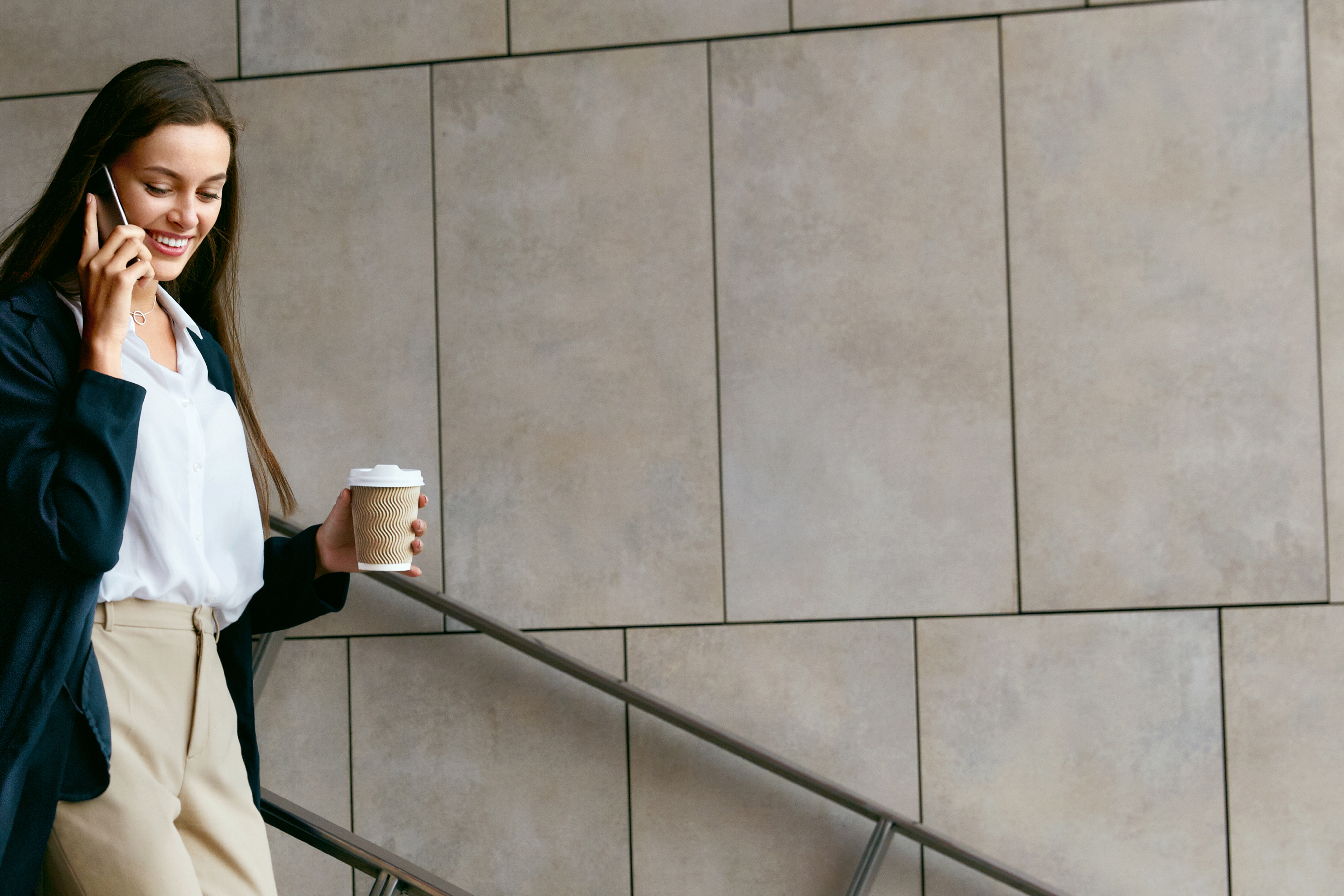